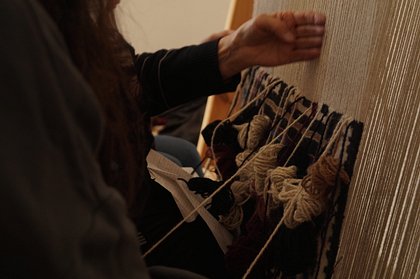 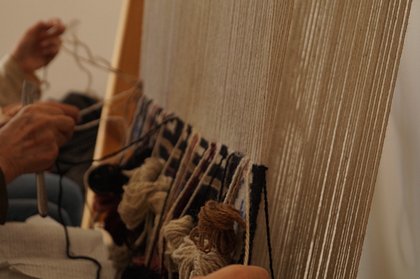 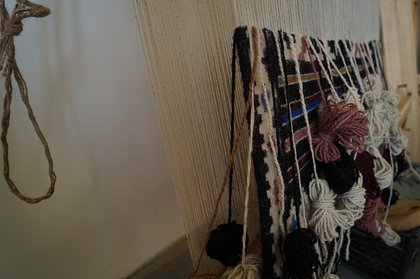 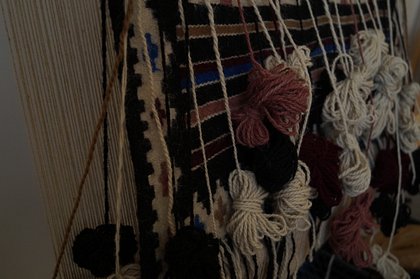 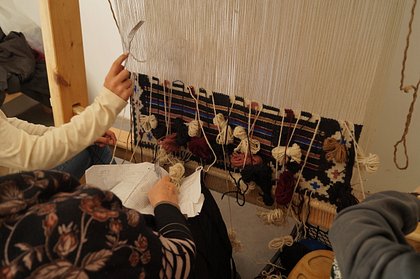 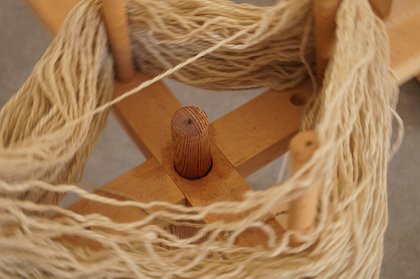 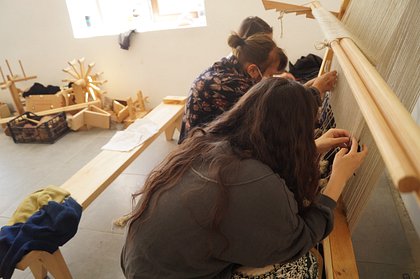 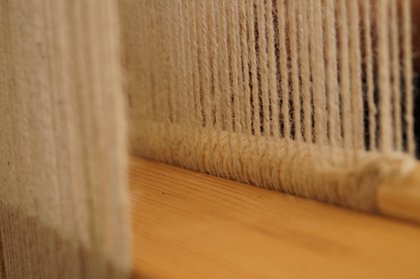 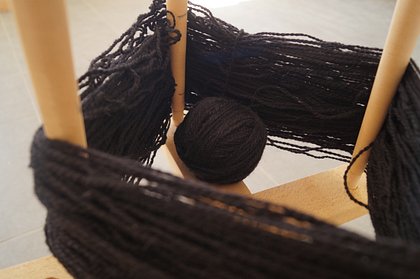 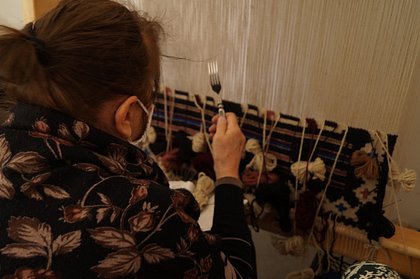 Tusheti is notable for is biological diversity, wild landscapes, complex history, and hospitable people. Located on the northern slopes of the Greater Caucasus Mountains, in the northeastern corner of Georgia, Tusheti is bordered by the Russian republics of Chechnya and Dagestan to the north and east, respectively; and by the Georgian historic provinces Kakheti and Pshav-Khevsureti to the south and west. The population of the area is mainly ethnic Georgians called Tushs or Tushetians (Georgian: Tushebi) Historically, Tusheti is comprised four mountain communities: The Tsova (living in the Tsova Gorge), the Gometsari (living along the banks of the Tushetis Alazani River), the Pirikiti ( living along the banks of the Pirikitis Alazani River) and the Chaghma, living close to the confluence of the two rivers). Administratively speaking, Tusheti is now part of the Akhmeta (itself part of Georgia's eastern region of Kakheti). The villages range in altitude from 1900m to 2400m; the largest of which is Omalo. Given the extreme geography and distance from the historical centers of commerce and culture, there is limited record of Tushetian history until the late Middle Ages. Recent discoveries, however, have found bronze artifacts which date back to the 12th-11th centuries BC; revealing a complex archaeology suggesting early human inhabitants and influence. Thanks to the Caucasus Mountains, Tusheti was inaccessible and difficult to reach, both for foreign invaders and for Georgian feudal lords. Indigenous people have long pursued cattle breeding and farming. The harsh conditions of nature and the constant invasions of the neighboring Dagestani communities made the Tushetians fierce and legendary warriors.

King Levan II of Kakheti granted the TushetiAloni (today's Alvani) valley as winter pastures, forever altering the life of the Tushetian people and earning a lasting loyalty to neighboring Kakheti. Whenever Kakheti was in trouble, Tushetians and other mountaineers took arms against the unwavering invaders. Tusheti has long felt (and thwarted) the Dagestani invasions from the North, evidenced by the stunning (and well preserved) Tush villages fortified with castles and lookout towers. The old Tush dwelling was a formidable fortress and, at the same time, served as home and  farming settlement. Today, remnants of medieval settlements in the Pirikiti, Tsovata, and Chaghma valleys have survived as witnesses to the historical past.

Tusheti people started to settle in Kakheti, Alazani Valley in the 1930s. Two large villages emerged -Zemo and Kvemo Alvani. In the 1950s, the Soviet government began to forcibly evacuate the mountainous regions of Georgia, during which time many mountain villages were emptied. The population remained only in a few villages: Omalo, Shenako, Diklo, Kvavlo, and Dartlo. Due to the lack of roads and difficult living conditions, the main part of the population of Tusheti spends a significant part of the year in Kakheti, and in the summer they return to Tusheti. Shepherds from Shirak graze their sheep in the mountains of Tusheti every summer. TushuriGuda cheese is celebrated and made by locals in many households. During the summer, the whole Tusheti is revived, the place is full of people and there are sheep everywhere in the mountains. Only the intrepid few stay over-winter when snow and silence blankets the steep mountain passes and wolves roam the ancient river valleys.

Tusheti is ethnoculturally defined by a long heritage of animal husbandry and shepherd traditions. The traditional settlements of Tusheti, from the ecological (aesthetic and defensive) and economic point of view, is a perfect example of the harmonious balance between humans and the extreme natural world. Local slate stone villages and castle towers are etched from the surrounding natural elements. Nomadic herding, the traditional field of employment of  Tush men, played a major role in shaping the ethnopsychological and everyday characteristics of the Tusheti. Tolerance, spiritual balance, and adherence to the traditions of hospitality are the most prominent mental qualities of shepherds. As a result of prolonged natural selection in difficult geographical and climatic conditions, local, Tushuri breeds of sheep, horse, and sheepdogs have been bred through nomadic traditions. The long-held secrets of making sheep cheese have been passed down from generation to generation by shepherds and have been hidden to this day. Tushuri sheep cheese is known as "Gudi cheese" because the final perfection of the taste and character of the cheese takes place in a specially processed sheepskin, "Guda". Taking care of livestock and running a household is traditionally the job of a Tushi woman. Also, they are skilled in processing sheep wool and weaving.

Tusheti Protected Areas ( State Reserve, National Park, Protected Landscape) is located on the eastern Caucasus, at 900-4800m above sea level, 280 km from Tbilisi. Tusheti National Park encompasses alpine meadows, glaciers, river headwaters, rare and endangered species of animals, and endemic plant species. Most of the forests of Tusheti are preserved and protected by national law. Wolf, lynx and bears can be seen wandering the vast slopes of the Caucasus along with several species of predatory birds. Tusheti Protected Landscape is distinguished by the beautiful historical villages of Tusheti - unique cultural heritage monuments,

settlements, folk handicrafts, agricultural tools, and traditions have been preserved over time. Tusheti is often called ‘the last wild place in Europe’, because here, along with natural monuments, historical-cultural buildings, traditions, and customs have changed little in the last century.

Abano Pass is a high mountain pass in Tusheti, Georgia, at 2826m above sea level, it is the highest drivable mountain pass in the Caucasus. The pass is accessible only by 4x4 cars. The road to Alvani-Omalo is one of the most difficult driving sections in Georgia, which follows the river valleys through alpine terrain. The road over the pass is 72 km from Pshaveli (the village in the Telavi district). This path was recorded in the list of the most extreme roads of BBC in 2013. The road is open during the summer months from mid-May to October (depending on weather conditions) but it can be closed without notice (check the latest information before you go).

Generally speaking, May and June - keep in mind that rainy days are frequent in these months and guesthouses may not be open yet.

July and August -  Generally the best time to visit Tusheti. The region gets the largest amount of visitors and all facilities are open. The days are mostly sunny and warm with cool nights. At that time is Atnigenoba -the most important festival in Tusheti. The festival lasts for almost for two weeks; each village chooses a date which suits them based on the traditions and decisions of elders. Because a large number of visitors visit Tusheti at this time, it is better to book a guesthouse and transport in advance.

September and October - The number of visitors and locals usually decreases and Tusheti slows down. Shepherds and herdsmen begin to arrive at the lowlands just as the stunning and beautiful autumn takes hold, leaves turn golden and Tusheti prepares for a long winter. Sometimes it is difficult to find transport so try to book in advance.

winter - Tusheti in winter is closed for 7 months. Only a few families and border guards spend the winter in Tusheti. Most of them live in KvemoOmalo and only a few men stay over-winter in some villages.

When is the soonest you can visit Tusheti?